Elon Musk is a genius. He stands among the world’s richest people with a fortune of $4.8 billion USD, double his net worth last year. Ranked #66 on the world’s most powerful people by Forbes, there is no doubt that Elon Musk has made and will continue to make his mark on the earth. Musk is best known as the co-founder of Paypal and Tesla Motors. Currently he is the CEO of SpaceX, Tesla Motors and SolarCity, three companies that are at the epitome of innovation.

Despite having more money than he can spend, he is far from ready to take a seat. He is currently designing a Hyperloop transport system that can supposedly get passengers from San Francisco to Los Angeles in just 30 minutes. In addition, he is also part of the Mars Society, a non-profit organisation that aims to put humans on Mars.

Musk has had an interesting run in life, especially considering that he is still only 41. Here are some interesting facts that are less known about him.

He was technically gifted as a preteen 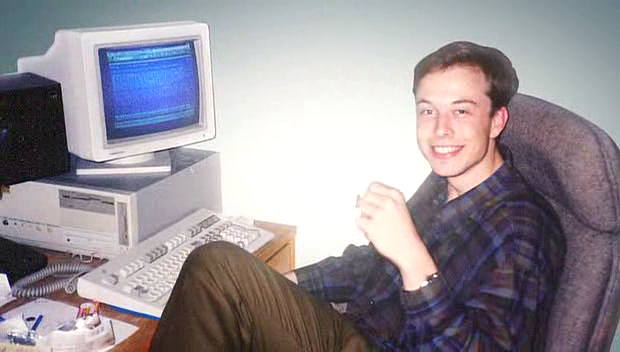 Instead of running around in the playground, Elon Musk was running computer programs. At just 12 years old Musk had taught himself computer programming, and managed to create code for a video game. On top of that, he managed to sell the game for $500, demonstrating that his entrepreneurial flair has flourished from a young age.

He left home at just age 15

At the tender age of 15, Elon Musk left his home in South Africa in the hopes of achieving his full potential in the U.S. As his mother’s birthplace was in Canada, he managed to obtain a Canadian passport and travel to Montreal. With barely any money and no roof over his head, he had to clean out boilers and tend vegetable patches of relatives to make a living.

He started a nightclub while at university

Feeling rather isolated as transfer students, Musk and friend Adeo Ressi decided they needed to get acquainted with their fellow students. Their plans were much bigger than a few casual conversations though. According to an article in the Penn Gazette, they managed to literally make a nightclub out of their apartment. This even included bouncers and cleaning crews. Best of all they managed to profit from it too, making a seemingly absurd idea into a business opportunity.

He dropped out of his PhD after 2 days of classes

Following his undergraduate degrees in economics and physics, Musk decided to pursue a Ph.D. in applied Physics and Materials Science at Stanford. However just two days after the start of the program, he dropped out to seize the limitless opportunities of the rapidly growing internet.

He works 100 hours per week

Elon Musk routinely works 80 to 100 hours per week and recommends that all entrepreneurs should emulate this diligence to stay ahead. For many of us, a 100 hour work week seems quite extreme. However, considering that Musk earns a tremendous amount of money, his advice may be worth taking.

When compared to the Iron Man protagonist Tony Stark, it becomes more evident that Musk inspired the concept of the superhero. During the casting period of the Iron Man movie, director Jon Favreau was a little indecisive on a persona for the main protagonist. As recommended by Robert Downey Jr., Elon Musk became the basis of the character, taking inspiration from his rocket scientist title and multi-millionaire status at the time.

Moreover, Musk even makes a small cameo in Iron Man 2 and parts of the movie are filmed in the SpaceX factory.

Like in Iron Man? RT @elonmusk: Will post video of designing a rocket part with hand gestures & immediately printing in titanium

He has a great sense of humour

Elon Musk is known to post amusing images and comments on twitter. It’s pretty hilarious to find crude comments riddled among the tweets about shareholders meetings and space models such as ‘A buttload is an actual measurement in volume’.

Elon Musk has been the executive producer of numerous films and documentaries, including the popular satirical flick Thank You for Smoking. He owes his role to his sister Tosca Musk, the founder of Musk Entertainment.

He’s not easy to work with

This is an odd reason to like someone but we admire stubborn mavericks. Elon Musk seems to have rubbed off his former employees the wrong way. Many describe him as ‘autocratic’ and ‘blunt to the point of offensive’. He even faced a lawsuit from former CEO of Tesla Martin Eberhard for slander and libel, demonstrating that his mouth may be getting him into trouble in many cases.

He wants to die on Mars

As mentioned, Musk is a popular member of the Mars Society. He believes that to colonize Mars would be necessary in order to avoid extinction. He is willing to accept the risk and visit the planet himself, even saying it would be ‘pretty cool’ to die there.

Moreover, he even laughs that he would have grave stone engraved with “Holy shit, I’m on Mars, can you believe it?”

I’m sure that we can all conclude that Musk is a strong willed and determined person. His drive has helped him in many stages throughout his life and is a main contributor to his success. Musk has always aimed for the stars (well Mars in his case), and will continue to do so as his futuristic companies develop.