We are experiencing a time of rapid change. Job security is fast becoming an archaic concept; pensions are even less secure than your phone conversations; a degree is no longer by any means a guarantee of either intelligence, prosperity or employment; and technology is advancing so quickly that physical distance is now almost entirely meaningless.

All this raises a very interesting question: given that the rulebook is being ripped up further with every day that goes by, what is the best way to get ahead, and stay ahead, of the competition? Regardless of age, circumstances or resources, what is it that will give you the edge?

Though they will always be in demand to a certain degree, hard skills – knowing how to design a bridge, build a house and use all the formulas in Excel – aren’t necessarily the way forward for a large number of people. Information and technical knowledge is increasingly accessible to almost everyone thanks to the proliferation of file sharing. Soft skills, however, can’t necessarily be taught. It is the ability to relate to people, think clearly, discipline yourself and work independently that will separate the cream from the crop.

Leaders in everything from electrical engineering to professional sportsmanship to the music industry share a common quality: the ability to think and act in ways that challenge conventional wisdom. These are the people who don’t take no for an answer, who relentlessly pursue the ‘impossible’ and who are able to move the metaphorical goalposts in whichever field they may work.

These people are also adept at reacting to challenges and looking at everything from a critical (not to be confused with cynical) perspective. How can you become that person? Well, never take anything for granted, never accept an argument without considering it carefully, and certainly don’t allow others to project their own belief systems onto you.

Learn How to Pitch

The best idea, analysis, proposal or report in the world won’t come to much if it isn’t sold well. If you’re someone keen on forging ahead, it’s a skill you must be proficient at. The ability to make a strong case and present in an appealing manner is often underplayed. Whether you’re a research scientist with a groundbreaking discovery or a financial analyst with an ingenious investment plan, your work will not receive much recognition unless you present it to the right people in the right way. You’ll have to learn to Pitch Anything.

The decidedly unconventional philosopher Friedrich Nietzsche remarked, “One repays a teacher badly if one always remains nothing but a pupil.” Of course, it’s vital to continue to learn indefinitely and be ready to adapt your paradigm. But unless the information you acquire is put to some use in pursuit of further knowledge, by definition you, as a pupil, will never better your teacher.

Schools and universities may teach you ‘useless’ things such as the name of the island Napoleon was exiled to and how many lines a sonnet has. Yet they also teach you to calculate, analyze, describe, argue, create and critique. Moreover, going out and gaining experience of the ‘real world’ will teach you how to negotiate, present, cooperate and compete. It is not those who know the name of every US President and can recite the periodic table that are making the most of what they know. It’s the relative few who are able to take skills learnt in one context and apply them in another.

Proactivity: Just Do It

Nike isn’t far wrong: more often than not, the difference between the 99% and the 1% is the translation of thoughts into actions. Ever wonder how people younger than you can end up at the top of the pile? Here’s your answer.

It’s relatively easy to sit and contemplate Big Ideas, construct complicated spreadsheets, or draft lengthy project proposals. It’s not quite so easy (for many) to go out and meet people, to sell your skills and to take the initiative without being instructed to. This doesn’t mean you should be rash and irresponsible – simply that your planning process should involve turning words into realities. Self-employed or not, it’s a skill that will give you an advantage in the world of business.

Be Your Own Harshest Critic

Being given unrealistic amounts of work and sharp criticism by your boss is often a sign that you’re doing well – that you’re being challenged to rise to the occasion. Nevertheless, to genuinely and consistently succeed at tasks that you set your mind to, you must be able to judge yourself by your own (hopefully high) standards.

Monitoring your own performance is the first step on the way to independence – which, after all, is what so many in the traditional workplace crave. Don’t let others’ approval or praise allow you to sit back and relax.

The world is not a simple place; decisions have to be made in light of a variety of factors, and often quickly or without all the available information. In the real world, 2 + 2 usually doesn’t equal four. If you are to shine, you have to be ready to tackle complex problems and provide solutions.

It isn’t enough to criticise: your boss, your clients or your coworkers aren’t interested in problems. If, on the other hand, you approach them with solutions, you immediately make yourself more valuable.

“Whenever you find yourself on the side of the majority, it is time to pause and reflect,” said Mark Twain. And he was right: the fact that everyone around you is exhibiting a particular behaviour, or acquiring a particular product is absolutely no guarantee either that they are thinking clearly, or that you should do the same.

On the contrary, the more common a certain item or skill becomes, the less value it adds to each individual that has it. This applies just as much to decision-making processes: Orwell waxed lyrical about the perils of groupthink and the herd mentality back in the 70s. Don’t believe everything you see or hear, try to use as many sources as possible, and think independently – in other words, don’t be afraid to be the black sheep.

Good habits are like muscles – they need regular exercise. Take your eye off the ball for too long and you’ll wake up one day having been left behind. Maintaining a high standard in what you do is all about momentum. The more you practice something, the more proficient you’ll get at it – before long, it’ll seem relatively easy, and you’ll barely have to think about it. Momentum works both ways though; if you don’t keep it up consistently, you’ll start to lose ground.

Chances are that at school, either you were on the receiving end of laughter – or you were the one doing the laughing. Either way, being a geek is most certainly a good thing. More often than not, being laughed at in school is just a sign that you have already developed and pursued a real passion for learning. Sooner or later, most of the people you grew up with will do the same.

If you want to learn to do something well, it might well mean endless hours holed up in a room with nothing but a laptop and reams of code. It could mean spending every night in a restaurant kitchen learning the Chef’s trade. So be a geek: it’s good for you. While you’re at it, build an online business empire in a year.

It seems obvious, doesn’t it? If you speak more than one language, you can communicate with more people by definition – even if it’s just ten elderly villagers in a remote corner of the Earth. If on the other hand you take the time to learn a widely spoken tongue, your appeal to the international job market is immediately bolstered. And of course, with each additional language you learn on top of that, you become more intellectually agile, more valuable and a more rounded individual.

Not only that, studies consistently suggest that speaking more than one language is good for you in a whole host of ways. Every language represents an insight into the people who speak it – and if you’re interested in working away from the anglophone ‘comfort zone’, it’s essential to learn how to relate to the local population. 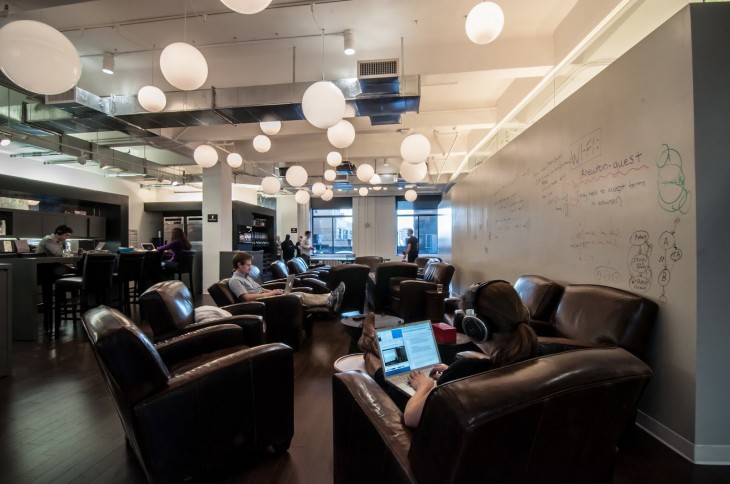 How to Survive and Thrive in the Digital Economy 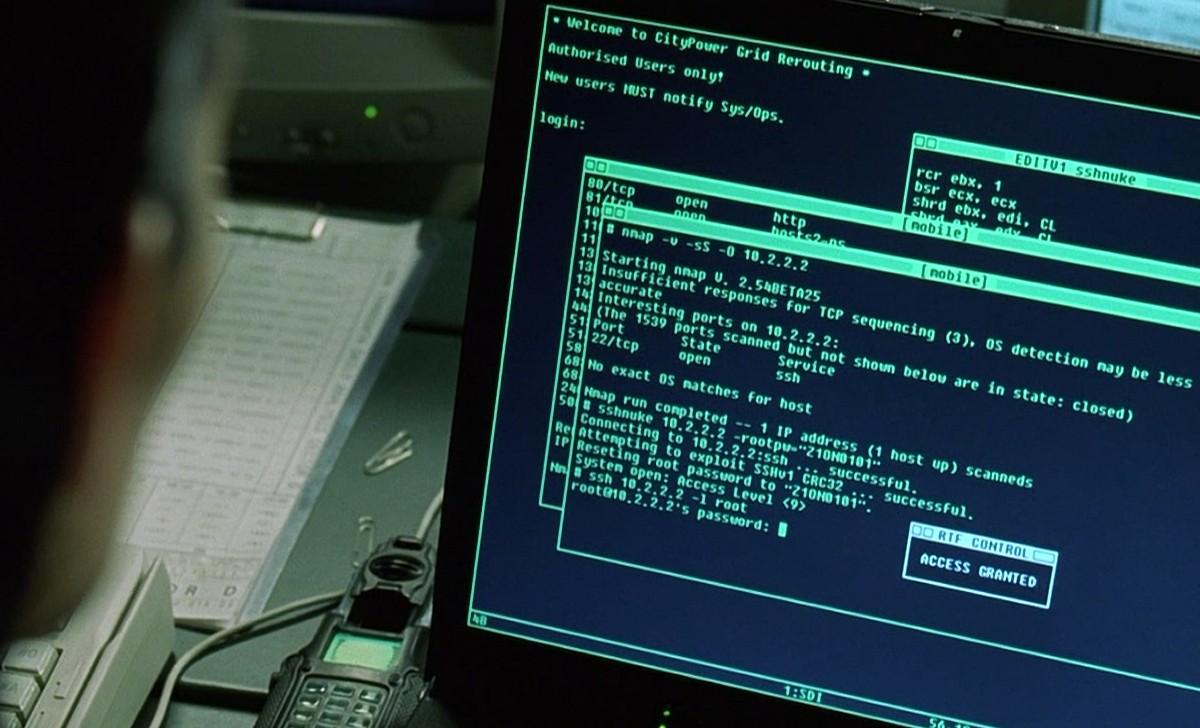 What is Career Hacking?